From The Wall Street Journal, a review by Glenn Harlan Reynolds, law professor at the University of Tennessee of Al Gore’s new book. 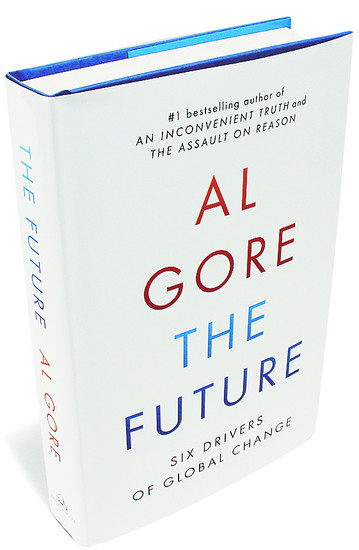 Fifteen colorful entries via mental_floss, none of which would I likely use:

If you’re looking to give your vocabulary a little more pop and pizzazz, Mrs. Byrne’s Dictionary of Unusual, Obscure, and Preposterous Words has you covered. Every entry, however ludicrous, has been accepted as a legitimate English word by at least one major dictionary at some point in time. Here are a few of the wackiest, most intriguing words to liven up your conversations.

END_OF_DOCUMENT_TOKEN_TO_BE_REPLACED

A murder in Riverside Park changed the lives of a group of Columbia undergrads. Did it change literature as well?

They would become legends — their names etched on the syllabuses of literature classes everywhere, their books reprinted and shoved in the back pockets of teenagers ripe with wanderlust, their words devoured, memorized, heeded, imitated.

But before the night of August 14, 1944, Jack Kerouac, Allen Ginsberg…, and William S. Burroughs weren’t the three principals of a literary movement — at least, not one that existed outside their own heads. They were simply roommates, friends, and confidants, who shared books and booze and sometimes beds. And, as history would largely soon forget, there was a fourth.

From brain pickings: This Explains Everything: 192 Thinkers on the Most Elegant Theory of How the World Works.

If you’re reading this sentence, chances are you’re reading it silently (if you’re reading it out loud, hey, that’s cool too). Your lips aren’t moving, you’re not making any sound that other people can hear. But are you making “sound” in your head? Many people who read silently do so by imagining a voice speaking the words they are reading (and often, it’s your own voice, so there’s even a specific “tone”. I wonder if this is what makes people react so strongly to some blog posts). This could be because when we learn to read, we associate symbols with verbal sounds until the association is effortless (as for reading learning in the deaf, it may occur another way).*

Source: Eugene Volokh at The Volokh Conspiracy— an interesting piece which “illuminates the danger that excessive equality arguments pose to liberty.”

The Oxford comma, so-called because the Oxford University Press style guidelines require it, is the comma before the conjunction at the end of a list. If your preferred style is to omit the second comma in “red, white, and blue,” you are aligned with the anti-Oxford comma faction. The pro-Oxford comma faction is more vocal and numerous in the US, while in the UK, anti-Oxford comma reigns. (Oxford University is an outsider, style-wise, in its own land.) In the US, book and magazine publishers are generally pro, while newspapers are anti, but both styles can be found in both media.

The two main rationales for choosing one style over the other are clarity and economy. Each side has invoked both rationales in its favor….

One would think that there are more important things to worry about. Apparently not among the grammar police.

From The Browser—FiveBook Interviews. My goodness, there is a lot here to have some healthy arguments about.

This is an update to yesterday’s post So Many Laws, Everyone Is Guilty with these insightful additions: 8 Ways to Stop Overzealous Prosecutors From Destroying Lives from The Atlantic; and from The Volokh Conspiracy; and from Roger Kimball.

From law professor Glenn Reynolds. His short paper is titled:

Ham Sandwich Nation: Due Process When Everything is a Crime

It is worth a read.

Commentary on Literature, Culture, and Politics